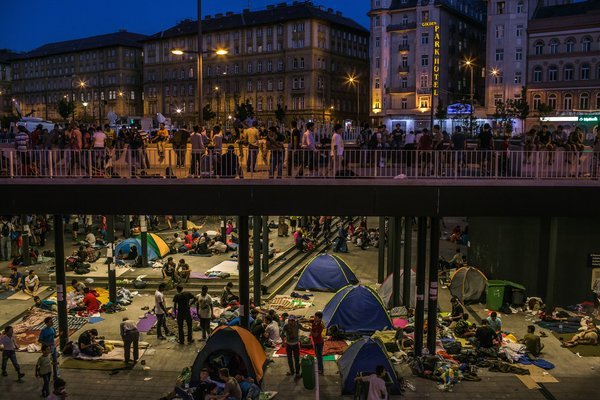 Over the past weeks and months the ongoing migrant crisis has considerably worsened: families jeopardizing their lives in order to escape persecution and war, bloody riots in Macedonia, overcrowded refugee camps in Greece, arson attacks in Germany, people suffocated to death in trucks on European motorways  – to name just a few – have shocked public opinion. Political youth organisations in Europe are closely monitoring the latest developments expressing their deep concern. We want to take a stance against these deteriorating humanitarian conditions: the EU must act and needs to assume its historic responsibility in this process.

On September 1, the most intense phase of the Luxembourg Presidency of the Council of the EU is going to begin and we expect concrete results regarding refugee and asylum policies from the Council of Ministers in charge of Justice and Home Affairs as well as from the European Council.  Europe’s decision-makers must negotiate a coherent and lasting strategy and find sustainable answers to this humanitarian crisis.

Political youth organisations are making a plea for solidarity and appeal to Europe’s policy-makers to point the way: progressive values in Europe cannot cede to worldviews nurtured by intolerance, racism, fundamentalism and misogyny. Europe should shine as a beacon of hope for humane and progressive values. Refugees, faced with despair and peril, require all our support. We, the youth of Europe, do not intend to silently accept the suffering of people drowning, dying of thirst, suffocating or being killed in their struggle for a better life. We request sustainable solutions to solve the refugee crisis and we will monitor and hold the European leaders accountable for any further tragedies within or at the European borders.